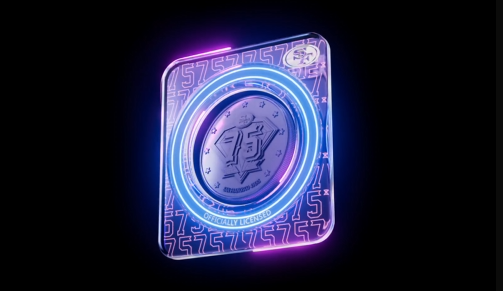 11:00 AM
949 US /5,049
In collaboration with Dapper Labs, the San Francisco 49ers present a series of limited-edition, digital collectibles celebrating those who are Faithful to the Bay.

As one of the original members of the All-American Football Conference (AAFC), the 49ers were the first major league, professional sports franchise based in San Francisco, ultimately joining the NFL in 1950.

2:00 PM
5 :eth: /250 (DUTCH AUCTION .1 DROP every 5 Minutes)
Synesthesia is the audiovisual creation of electronic dance musician, PLS&TY. PLS&TY is burgeoning into the electronic dance music scene with his unique sound: languid bass, captivating vocals and enough upbeat melodies to make anybody feel good. His music has amassed over 100 million listens across streaming platforms, and has been placed in nationally airing television commercials, including a Hershey’s Chocolate campaign which has been viewed over 1 BILLION times. Synesthesia visually proffers a mandala-like effect, in sequence with blissful audio notes & tones over fluctuating scales & octaves, generated entirely at random.

3:00 PM
49 USD /12,500
CONNECT WITH THE NFL LIKE NEVER BEFORE
Impossible catches. Clutch first-downs. Game-changing picks. Connect with the game, players, and plays like never before with NFL ALL DAY.

4:00 PM
0.1 :eth: /600
The Devour Collection
debut at Art Basel 2021
After Land DAO’s success launching James Peter Henry’s first NFT collection, Cartels (sold out in 20 minutes), we are collaborating once again to expand James’ twisted and unique universe. Step into the Devour series. Land DAO brings something novel to the NFT ecosystem by pushing the boundaries of where art and technology meet. Land DAO teamed up with Ebay Luxury and GBK Brand Bar to bring a novel art showcase at one of the most notorious art events of the year Art Basel 2021.

Kanye Headed to the Metaverse as Ye files 17 NFT trademarks.

Federico Clapis (born on April 4th 1987, Milan) is a contemporary Italian artist. He has developed his career in a unique way, opening new itineraries and horizons in the art world.
For years, Clapis has been working “undercover” producing viral videos on social networks and accumulating millions of followers and views.
In September 2015, at the height of the media popularity, he decided to move away from pure entertainment and converted his online presence into a tool for the dissemination of his artistic works hitherto kept hidden.
Ten years ago, he began a long inner journey to explore the most intimate conditions of the human soul, living in an ashram in India and continuing his research in the West through various existential paths.
Clapis lives his art as a materialization of his experiences, and as a medium of introspection to share with his followers.
Technology, a recurring theme in his most famous artworks, is a metaphor for the contemporary in order to explore the human condition.
The artist invites the public online daily to write and share on the social networks what the artwork has aroused in them, considering the act part integrand of the artistic intention.
Sculptures, installations and video art become the vehicle of a more profound adventure, discovering a shared interiority of artist and user.