(EVERETT, Wash) (September 21, 2022) — Funko (Nasdaq: FNKO), a leading pop culture lifestyle brand, in collaboration with Warner Bros. Consumer Products and DC, today is announcing an exciting new addition to its Digital Pop! series featuring a DC The Brave and the Bold #28 (1959) – Comic Book Cover, available to fans in a bundle that marries a physical collectible with a digital twin. 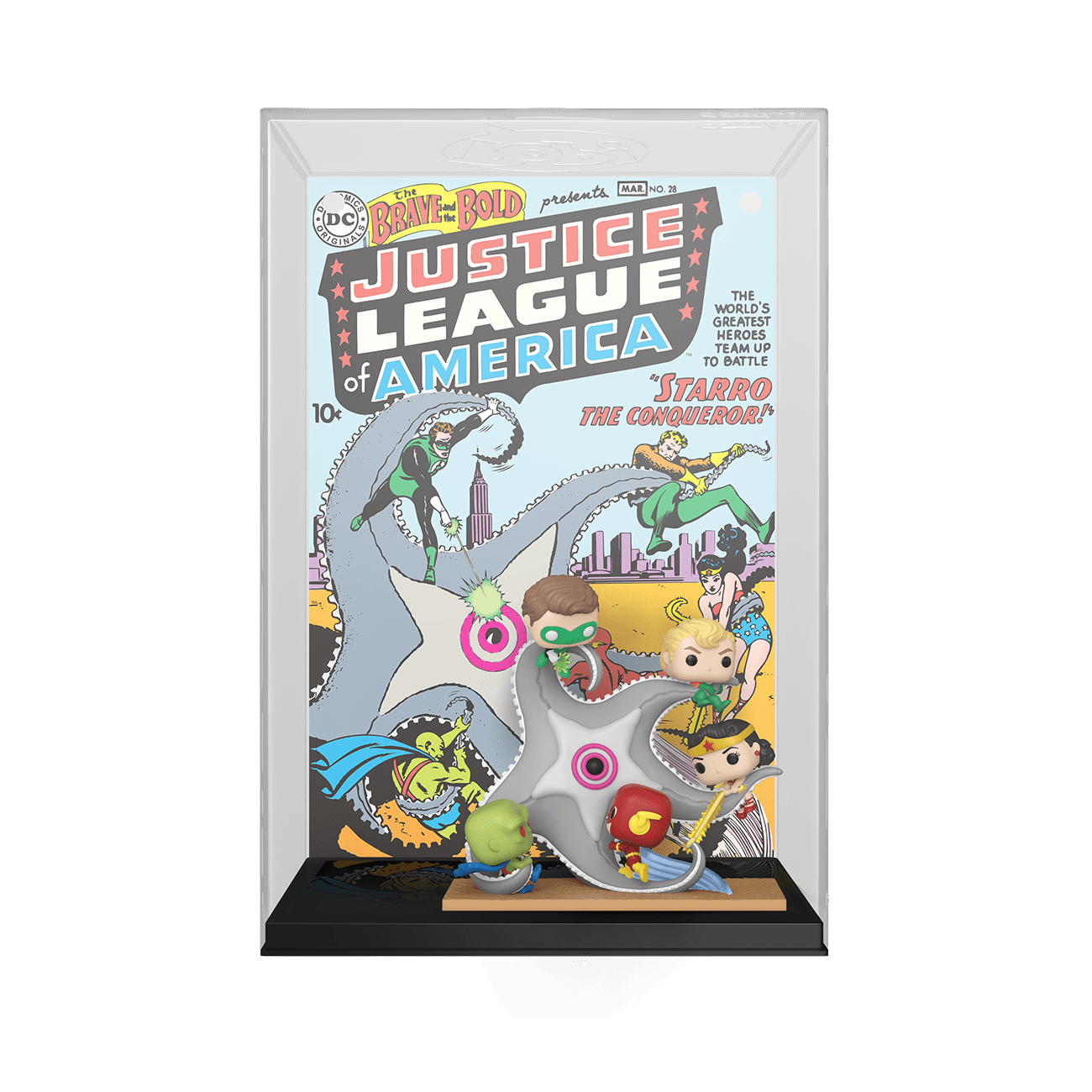 The limited-edition collection will offer fans the opportunity to purchase a specially minted Digital Pop! alongside a physical collectible simultaneously, releasing exclusively on Walmart.com on October 7th, 2022.

“We are thrilled to bring this first-to-market opportunity to the world’s largest mass retailer,” said Andrew Perlmutter, Chief Executive Officer at Funko. “This is an opportunity to create an easy entryway for shoppers to own digital collectibles featuring fan-favorite brands and characters.”

Making its debut exclusively during Walmart Collector Con, the release is limited to 30,000 units, each including a Digital Pop! NFT, and its physical twin counterpart. The NFTs can be claimed immediately after purchase.

Published by DC, The Brave and the Bold features team-ups of iconic characters from across the DC Universe, and was first released as an ongoing series that started in the 1950s and ran through the 1980s.  It was followed by two mini-series in 1991 and 1999 but is best known for introducing the concept of the Justice League for the first time in DC’s comic books.

This launch highlights retail innovation in the digital collectibles space and reflects how Funko is making it possible to provide mainstream retailers with an opportunity to break into the evolving NFT space in accessible and organic ways.

“It’s been exciting to see all the fan enthusiasm surrounding the Funko Digital Pop! series,” said Josh Hackbarth, Head of NFT Commercial Development at Warner Bros.  “To bring this new collection of digital collectibles to retail will allow for an even broader reach and invite fans – both avid collectors and those that are entering the space for the first time, the opportunity to engage, physically and digitally, with beloved franchises, like DC.”

Warner Bros. Consumer Products (WBCP), part of Warner Bros. Discovery Global Brands and Experiences, extends the company’s powerful portfolio of entertainment brands and franchises into the lives of fans around the world. WBCP partners with best-in-class licensees globally on an award-winning range of toys, fashion, home décor, and publishing inspired by Warner Bros.’ biggest franchises from DC, Wizarding World, Looney Tunes, Hanna-Barbera, Game of Thrones, Cartoon Network and Adult Swim. With innovative global licensing and merchandising programs, retail initiatives, and promotional partnerships, WBCP is one of the leading licensing and retail merchandising organizations in the world.