Los Angeles – April 21, 2022 – Afterparty, the NFT platform empowering creators with the tools and community to directly monetize and manage their fan relationships, announced today that it closed a $4 million funding round to bring total capital raised to $7 million. The strategic community round accelerates platform growth as Afterparty introduces the world’s first NFT ticketing platform for artists, answering a multibillion-dollar unmet need in the music industry for transparent, verifiable and artist-first ticketing.

“When we launched Afterparty, we knew we were creating a new model for NFTs based on lifetime ‘membership’ access and IRL experiences,” said David Fields, CEO at Afterparty. “What we didn’t know was just how much and how fast the idea of ‘Coachella meets Art Basel’ would resonate with our dynamic community of investors, artists, creators and fans. Now, we are using that valuable support to create something that gives back to the entire music ecosystem.” 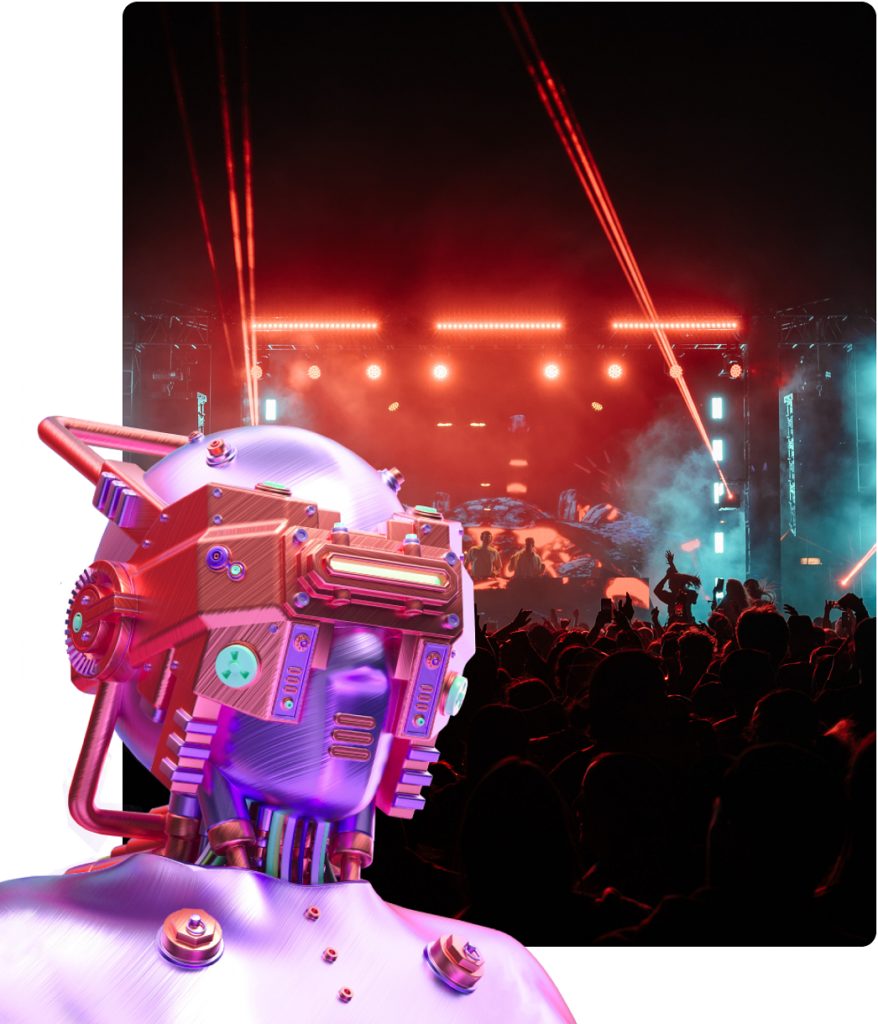 Afterparty’s first token-gated festival provided a large-scale proof of concept. Now, the platform is developing tokens into the artist-first alternative to conventional ticketing platforms. Ticketing services collect fees that average about 30% but can spike to over 70%. The secondary market buys up tickets before fans can get them–and then resells them at inflated prices on sites such as StubHub, and artists receive nothing from these sales. NFT-based ticketing promises to put control of the sector back in the hands of artists and fans.

Last month, Afterparty proved that NFTs unlock experiences on a massive scale with its first NFT-gated music and art festival in Las Vegas. Headliners The Chainsmokers and The Kid LAROI played to over 6,000 attendees. Heidi Klum and Nick Carter live minted NFTs on the Las Vegas Strip.

This fall, Afterparty is taking the festival to Los Angeles. Access will be through its second-generation Guardian NFT collection, dropping soon. 10,000 of these unique NFTs will be minted to serve as VIP access to the Los Angeles Festival and a “lifetime festival membership,” priority access to buy a VIP ticket to every subsequent year – all for the price of a conventional VIP festival pass. So far, Afterparty NFT holders have been treated to live-minting parties at a secret location in the Hollywood Hills and once-in-a-lifetime performance experiences featuring unplugged shows and star-studded collaborations.

“Afterparty’s mission has always been to open up the crypto and NFT world to everyone and show the possibilities of NFT technology for all creators and fans. Afterparty’s NFT collection gives anyone who has ever been to a festival a way to understand the power of ‘NFTs for access’ and gives them ownership in the community they help build,” said Lauren Kolodny, Founding Partner at Acrew Capital and co-lead investor in Afterparty.

Afterparty also serves as a partner in the live-minting process and as an educator for artists and creators looking for a deeper understanding and first step into the NFT space. For choreographer, producer, entrepreneur, and early NFT adopter Matt Steffanina, Afterparty’s community, promises equal footing for all creatives.

“I’ve built my career as a creator across social media and IRL projects, and I’ve seen that online creators, be they artists, dancers, choreographers, or musicians, are often more ‘unseen’ and disenfranchised than their peers in the ‘offline’ arena, like touring or television. Afterparty has brought entirely new meaning to NFTs to legitimize their ‘art’ and empower them with mentorship to step into Web3,” said Steffanina.

Unlocking Web3 Potential for an Artist and Fan-Led Future

Afterparty has been driving a new Web3 era for the creator economy since launching in 2021, which quickly attracted influential creators and investors for a fast-closing seed round. The company has since scaled its community to include hundreds of chart-topping musical artists, such as Sia, Nile Rogers and Echosmith, actors and icons like Josh Duhamel and Heidi Klum, and creators like Loren Gray, King Bach, Vinnie Hacker and Teala Dunn.

“Afterparty is shaping the future of Web3 by broadening the reach of cryptocurrency beyond the crypto-native and investment community to creators and fans who all see innate and immediate value in the experiences Afterparty creates and curates,” added Fields.

To learn more about Afterparty, visit afterparty.com. To catch updates on new community members and lineup of token-gated experiences, follow Afterparty on Instagram.

Afterparty is the Web3 company building the tools and community for creators and their biggest supporters to capitalize on the tangible, real-world value of NFTs. Founded and managed by entrepreneurs who are equally technology and creator-focused, Afterparty has scaled its debut token-gated events platform from the virtual world to IRL experiences to bring together a dynamic community that’s realizing Web3 is the way forward and are utilizing the experiential value that NFTs deliver.