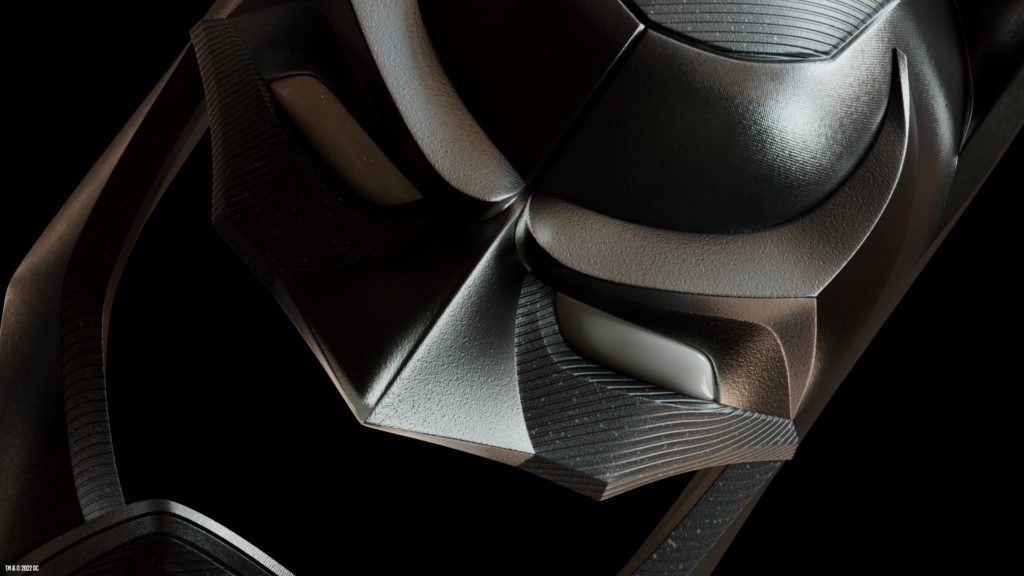 “While Batman is one of the world’s most iconic Super Heroes, garnering hundreds of millions of fans all around the globe—his appearance has changed and shifted over the past 83 years,” said Jim Lee, Publisher and Chief Creative Officer for DC. “What’s exciting about this amazing collaboration is that we are continuing the evolution of his distinctive Bat Cowl by bringing it into the modern digital world, making it accessible and more wildly engaging than ever before. Through the introduction of carefully curated colors, textures, and upgrades—the end results offer a take and taste for every kind of Batman fan out there and serve as powerful ways for all of us to make a timeless icon our very own.”

Each NFT in the Bat Cowl Collection features a distinct identity and set of traits reflecting the diversity of Batman stories and their passionate fans.  The new Collection will allow fans to take the first step toward creating their own unique identities in the DC Universe and to unlock rewards that promise to push what’s possible with Web3 experiences, the next big evolutionary leap forward of the internet.  In addition, DC plans to integrate the Bat Cowl Collection into future stories from DC Comics.

The Bat Cowl Collection is more than just stunning collectibles.  The Collection plans to offer access to a private DC Universe fan forum featuring behind-the-scenes content, select fan events, physical collectibles, merch, and more.  A two-year roadmap has been developed, aiming to expand utility for Bat Cowl holders every 52 days in areas such as augmented reality, metaverse integration, and expanded wallet capabilities.  The Bat Cowl Collection will be listed at $300 USD each. Upgrades will be available on nft.dcuniverse.com.

“The fast-emerging NFT space allows us to connect with fans in a completely new and innovative way,” said Josh Hackbarth, Head of NFT Commercial Development for Warner Bros.  “The Bat Cowl Collection aims to redefine the NFT experience offering up unparalleled opportunities to one of the Studio’s most beloved franchises. Through the best-in-class, fan-first approach to the development of NFTs, we believe the Bat Cowl Collection will allow collectors to deepen their connection with Batman and the DC Universe, while embracing their fandom in the growing metaverse ecosystem.”

“This drop represents a watershed moment for NFTs,” said Matt Mason, Chief Content Officer of Palm NFT Studio. “The Bat Cowl Collection brings digital social objects to a new audience, showcasing what NFTs can be, what they can do, and how they can be used to tell stories in new ways. The Palm NFT Studio platform is built for brands as iconic as Batman to leverage the magic of Web3, keeping the crypto complexity under the hood to deliver a seamless fan experience in a way that is both environmentally sustainable and scalable.”

Palm NFT Studio was chosen because they can build the infrastructure to match the ambitions of DC, and they led the creative development of the NFTs alongside 3D design studio Daz3D–well known for launching and supporting NFT projects for Non-Fungible People, CloneX by Murakami and RTFKT, and the Friendship Box NFT for Coca Cola–to collaborate on the design, development, and production of the Bat Cowl Collection.

“We are thrilled to collaborate with Warner Bros. Consumer Products, DC, and Palm NFT Studio in launching this truly innovative project,” said Preston Woo, CSO of Daz 3D. “Not only does this Collection break new ground in terms of design and scale of 3D generative art, but it also provides fans with the ultimate VIP access to the DC Universe.”

Coming off the heels of The Batman, the biggest blockbuster film of 2022 with more than $500 million in box office worldwide and the largest consumer products collection in over a decade for a Batman movie, the Bat Cowl NFT launch brings yet another opportunity for Batman and DC fans to engage with their favorite Super Hero in unexpected ways.

Warner Bros. Consumer Products (WBCP), part of WarnerMedia Global Brands and Experiences, extends the company’s powerful portfolio of entertainment brands and franchises into the lives of fans around the world. WBCP partners with best-in-class licensees globally on an award-winning range of toys, fashion, home décor, and publishing inspired by WarnerMedia’s biggest franchises from DC, Wizarding World, Looney Tunes, Hanna-Barbera, Game of Thrones, Cartoon Network and Adult Swim. With innovative global licensing and merchandising programs, retail initiatives, and promotional partnerships, WBCP is one of the leading licensing and retail merchandising organizations in the world.

DC, a WarnerMedia Company, creates iconic characters, enduring stories, and immersive experiences that inspire and entertain audiences of every generation around the world and is one of the world’s largest publishers of comics and graphic novels. As a creative division, DC is charged with strategically integrating its stories and characters across film, television, consumer products, home entertainment, interactive games, DC UNIVERSE INFINITE digital subscription service and community engagement portal. For more information visit dccomics.com and dcuniverseinfinite.com.

About the Palm Network

Palm NFT Studio is a technology company that partners with leading artists, creatives, IP owners, and entertainment companies to onboard them into Web3 and NFTs. To date, Palm NFT Studio has executed “The Currency” with Damien Hirst and HENI, launched Pace Gallery’s metaverse platform Pace Verso, and delivered NFT programs in support of DC FanDome, Warner Bros.’ “Space Jam 2,” and “The Batman”, among others. Palm NFT Studio is also one of the contributors to the development of the Palm network.

Daz3D is a leader in NFT strategy, marketing & full-stack development, including generative PFP collections. The company has worked with iconic brands like Warner Brothers, Champion, Coca-Cola, Samsung, Louis Moinet and others to create cross-chain NFT collections and wearables for the metaverse. In 2021 it partnered with RTFKT (now Nike) to bring 3D utility to CloneX, and Daz recently dropped Non-Fungible People, the first of several PFP projects slated for 2022.

Daz3D offers proprietary avatar technology and its free-to-use 3D modeling software, Daz Studio, which has been used by millions of people worldwide. This powerful combination allows artists to create high-resolution stills and animations in 3D scenes and its digital marketplace showcases tens of thousands of products with more than 5 million cross-compatible 3D assets.

Jubilee portrait series capturing LGBTQ+ figures from the worlds of music, fashion and the arts raises funds for queer homelessness