The NFT project will consist of a few different tiers including:

Buyers can purchase them using ETH (Ethereum) through a non-custodial digital wallet of their choice like MetaMask.  On the Drop date people can participate at www.ImpactTheory.com/FoundersKey

An inspiring tech enthusiast, filmmaker, writer and serial entrepreneur, Tom previously co-founded the billion dollar brand Quest Nutrition which reached #2 on the Inc. 500 list of fastest-growing private companies. He has repeatedly proven he has a deep understanding of how to build, nurture and market to online and offline communities. Using this skill set, Tom’s mission is to empower people through entertaining content.  As a techno-optimist, Tom has a passion for the positive impact future tech has on culture and society. He sees the metaverse and NFTs as the ultimate intersection of art, digital tech and community. As an early adopter, he’s poured his extensive resources into expanding Impact Theory’s NFT industry presence at a rapid pace. 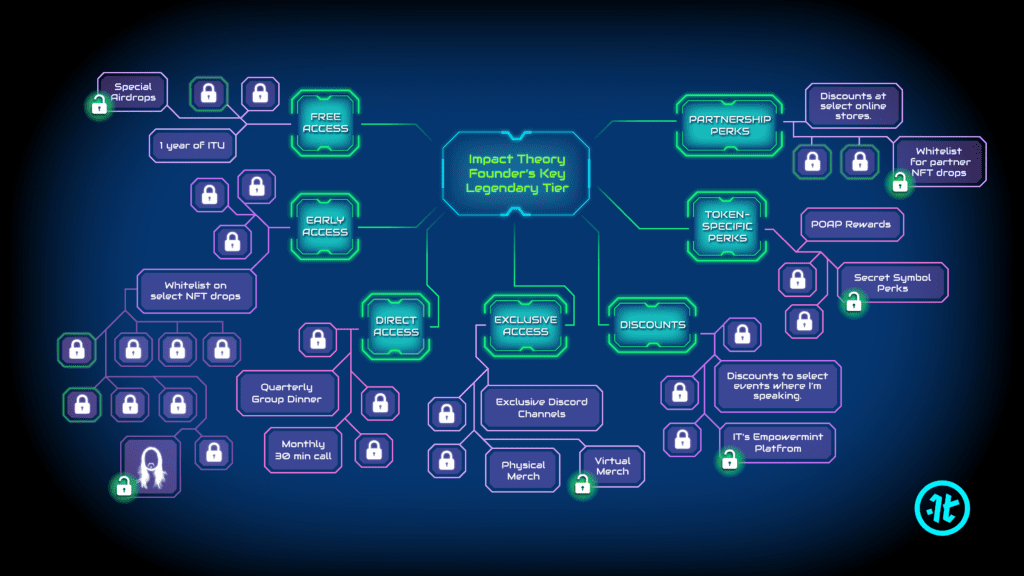 Impact Theory Studios is a revolutionary, digital-first studio, that develops and produces wildly entertaining original content focusing on themes of empowerment, by bringing together some of the most talented creators, writers, and artists.  Impact Theory distributes its unscripted, scripted, and publishing content across multiple digital platforms including the emerging NFT space.  It has poured extensive resources to rapidly expand into the metaverse and build a slate of NFT focused IP.  The studio was started by Tom Bilyeu and his wife and business partner Lisa Bilyeu. They previously co-founded Quest Nutrition which was sold for one billion dollars. The studio has built a loyal audience with hundreds of millions of views of its programming content and over one billion social media impressions.

Impact Theory Studios has multiple NFT focused projects launching in the near future. This includes its Founder’s Key NFT on Oct 13th as well the future launch of an Anime culture NFT Marketplace and cutting edge generative NFT art series.  The company is also partnering with high profile artists, talent, IP holders and brands for a robust slate of NFT focused projects

FIRST-EVER EXCLUSIVE ‘NO TIME TO DIE’ NFT MOVIE TICKETS TO DROP AHEAD OF U.S. RELEASE   The Simpletons NFT Project