Ozzy Osbourne is one of the most iconic rock singers and songwriters in the world.

Ozzy Osbourne, born as John Michael Osbourne, is an English singer-songwriter and musician. He rose to prominence as lead vocalist of the pioneering British heavy metal band Black Sabbath. He was fired from Black Sabbath in 1979 and went on to have a successful solo career, releasing eleven studio albums that reached number one in at least one country.

Ozzy Osbourne was born on December 3, 1948 in Birmingham, England.

He was the son of a plumber and a hairdresser.

Ozzy Osbourne’s first job was as an apprentice plumber. He worked at that trade for six years before he became a full-time musician.

Osbourne’s first band was called “The Polka Tulk Blues Band” and they were not very successful. His next band, “Blues Incorporated,” fared much better and their song “My Baby Left Me” topped the UK charts for five weeks in 1962.

NFTS BORN FROM THE PRINCE OF DARKNESS

CRYPTOBATZ IS A COLLECTION OF 9,666 BLOCKCHAIN DWELLING BATS, CREATIVELY DIRECTED BY OZZY OSBOURNE AND BUILT BY A TEAM OF NFT OBSESSED NERDS KNOWN AS SUTTER SYSTEMS.

CRYPTOBATZ IS A CHANCE TO OWN A COMPLETELY UNIQUE PIECE OF COLLECTIBLE ART CREATED BY ONE OF THE MOST LEGENDARY ROCK ICONS OF OUR LIFETIME.

During the presale process, the majority of the Bats have already been sold, and the floor is higher than the dutch auction minting prices at 1.2.  This will be very difficult to get but the utility will be phenomenal.

FEAST ON THE FLESH OF OTHER NFT”S 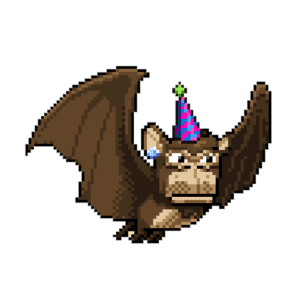 WE WANTED CRYPTOBATZ TO DO SOMETHING NEW, SOMETHING THAT WASN’T EASY, SOMETHING THAT WE HADN’T SEEN BEFORE. EVERY CRYPTOBAT HOLDS AN INNOVATIVE POWER… THE ABILITY TO ‘BITE’ AN NFT FROM A DIFFERENT BLUE CHIP PROJECT AND CREATE A ‘MUTANTBAT’ THAT SHARES THE DNA OF BOTH TOKENS.

EVERY CRYPTOBAT CAN BITE ONCE AND ONCE ONLY, SO CHOOSE CAREFULLY, AS WHAT YOU CHOOSE TO BITE WILL DICTATE WHICH MUTANTBAT YOU CREATE.

TO BITE FROM A SELECTION OF BLUE CHIP ‘VICTIM’ PROJECTS, YOU MUST HOLD BOTH THE CRYPTOBAT AND THE VICTIM BOTH IN THE SAME WALLET. BITING UTILITY WILL OPEN UP SOON AFTER PUBLIC MINT (EXACT DATE TBD).

BELOW IS A LIST OF ‘VICTIM PROJECTS’ THAT YOUR CRYPTOBATZ WILL BE ABLE TO ‘BITE’: