How to explain NFT art to your partner, parents, friends, and anyone else who just doesnt get it.

Wow. that title is a doozy and not well optimized.

Collectables have been around forever.

Collectables have been around for centuries, and the collectable and toy industries continue to grow as more people seek out items that are special and unique. These items can be of the most personal and sentimental value to someone, and they create great conversation and can be great ways to keep in touch with friends and family.
Collecting is a really big topic right now, and there are so many different reasons why people collect. Whether it’s a way to escape reality or to be more in touch with themselves, people collect things for different reasons. Collecting art and rare coins and stamps are all very popular with people and they’re all very different. NFTs are Non-Fungible Tokens, which can be used to represent any kind of digital asset. Users can trade, sell, or exchange NFTs on the blockchain, and there’s no limit on the number of NFTs that can exist. 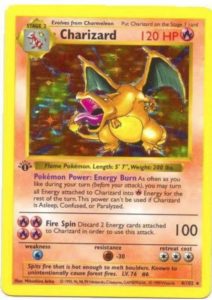 A non-fungible item, simply means one that is unique, and non-substitutable. In the real world, there are many examples of this, such as limited edition baseball cards, stamps, and even comic books. If you tell someone you collect any of these, nobody bats an eye. When you try to translate a digital asset like NFTs, the eyebrows raise. The immediate reaction often is that digital assets are easily copied. This reaction occurs in spite of the fact that mass production of most collectibles, particularly print materials like those listed above, is cheap enough that the manufacturer is artificially limiting the number produced. Ironically, a mass produced stamp might cost a penny or less to be produced, whereas minting an NFT can cost the equivalent of $15 or more. Still, it’s difficult for many to understand or comprehend that people can view a digital asset as rare, valuable, or even collectable.

In order to move forward, it’s probably easier to take a step back.  When I tried to explain to my in-laws what NFTs are and what they mean I picked a topic that was easy for them to understand: Skins in Fortnite.

People are comfortable buying digital goods. NFTs are just the next step.

From dropping too much money to shortcut build times in mobile games, to buying digital skins that provide a unique and purely cosmetic experience, there has been a massive culture shift over the last decade around spending money on digital assets. This idea is already second nature for the iphone generation, but its still somewhat more difficult for older individuals to understand.  Before we all start screaming “OK boomer” it may be worth understanding where they’re coming from and trying to translate the value.

As stated, Fortnite fans can purchase skins in the game store using V-Bucks. V-Bucks are the in-game currency that can be used in Battle Royale. Players can purchase V-Bucks by using real money or Battle Passes. Epic Games, the developer behind the popular battle royale game Fortnite, is the most valuable video game company in the world, and it’s all thanks to the success of the game. It generates over $2.5 billion in revenue per year, and was recently valued at more than $14 billion. Fortnite skins are completely legitimate, and Epic Games has the power to create as many of them as they want. Fortnite skins are cosmetic items that can be bought in game by anyone, and that means there’s no limit on how many people can buy them.

These Skins are perceived as rare, but there is no limit.

What is interesting about these skins is that Epic can release them as frequently or infrequently as they want.  They imply that skins may be limited to a season, timeframe, or launch, but Epic has released skins from previous releases with general relativity.  Imagine if fortnite would limit the number of skins that could be created and allow users to collect (which they do), sell, and trade those skins. Add in a brief explanation about the blockchain as a ledger to verify uniqueness and you’ve just created a comfort level with the idea of NFTs.

It doesn’t matter how comfortable you are with it.

This isn’t a panacea and the example doesn’t do the great artists the justice they deserve, but when you think about amazing artists being able to create unique art that can be collected by their fans and collectors, it becomes more translatable.  Additionally, NBA topshot, UFC, and Capcom have already embraced NFT digital goods.  At some point in the future, there will be Pokemon NFTs, Marvel and Disney NFTs, and more.  These ideas have already been tested around other concepts from Nintendos Amiibo, Spyro Skylanders collectables, and more.  The Digital value is here.  Congratulations, you’re ahead of the market.. a market that will be changed forever.

The future is already here.  Corporations are trying to figure out how to embrace and leverage Non-Fungible Tokens.  The art you collect and create today is just the beginning.

How to know what art is “Good art”?

Sasha Katz is an incredibly talented 3d artist based in Athens.  Her provocative style has landed collaborations with top brands including: Burberry, Tumblr, Giphy, Converse, Laura Strambi, Vogue Italia. Now she’s finding massive success with NFT Drops on Foundation, SuperRare and more.  We expect this rising start to take over the NFT world this year!