Today, Tentacular, a utility-enabled NFT collection, has announced their integration of Chainlink Verifiable Random Function (VRF) on Ethereum mainnet. Tentacular is integrating Chainlink as a source of randomness to help randomly select winners in the Tentacular Berry Juicer game.

Chainlink VRF is seen by many as the industry standard random number generator (RNG) and has been used by major NFT projects to provide a verifiable source of randomness.

Tentacular is a utility-enabled NFT collection of 5,556 Planet Berrylius citizens who have escaped and are now migrating to the Ethereum blockchain. As an adopter of a Tentacular, you get access to their Tentacular ecosystem. 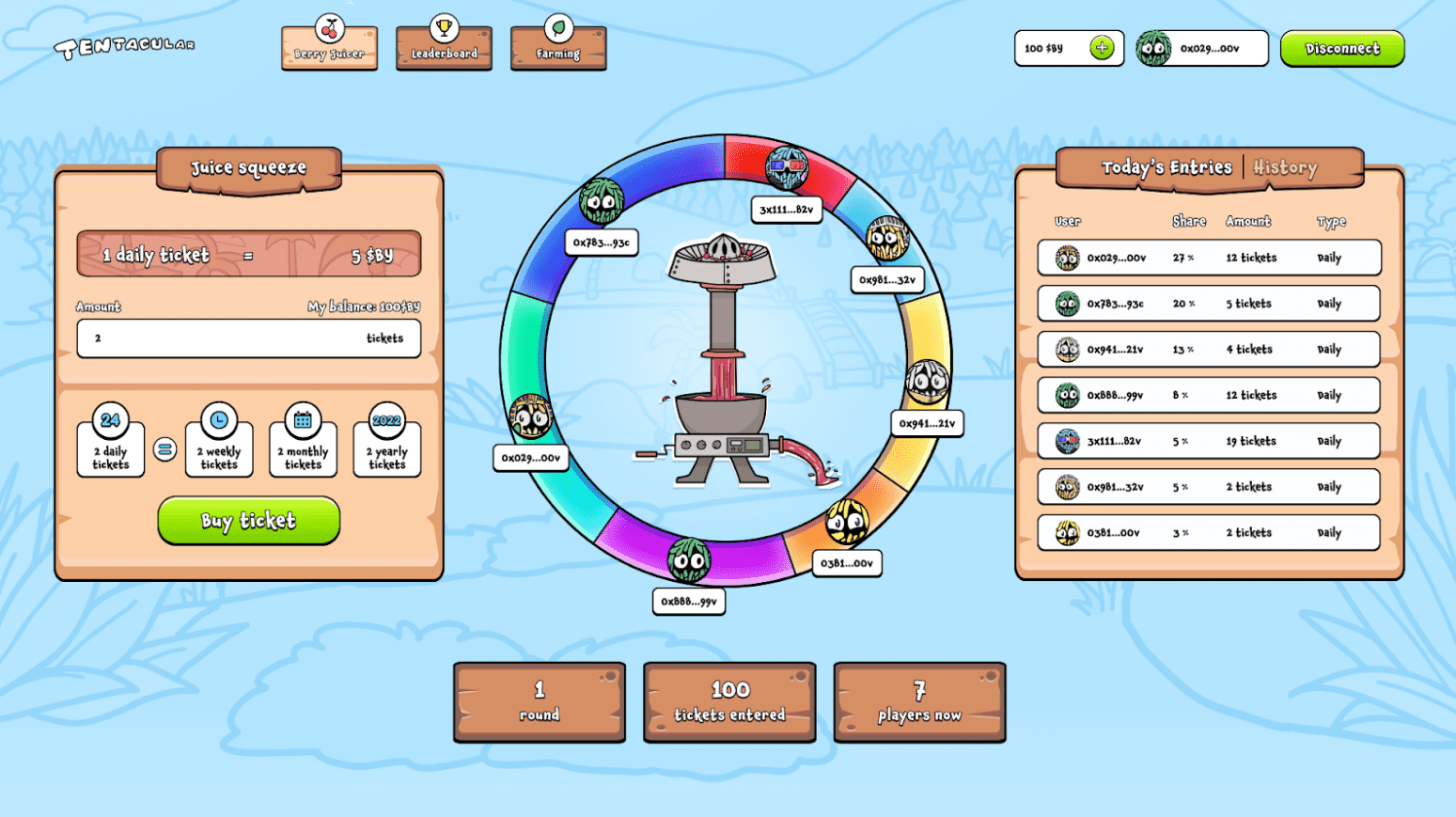 Users can farm daily berries and use them in the Berry Juicer game, a game that mixes chance and strategy for maximum excitement. Users can organize their farm, save up their berries, and calculate their Juice Squeeze entries, and then enter daily, or strike all at once.

According to the team’s blog post, the game is ripe for strategic gameplay and gives players the chance to make it big in the daily, weekly, monthly, and yearly Juice Squeezes.

In order to help ensure that Juice Squeeze winners are truly selected at random, the team needed access to a secure random number generator (RNG) that any user could independently audit. This is where Chainlink VRF came into play. As an industry standard, VRF is the direction that many teams across the NFT and blockchain gaming world take for transparent and auditable randomness.

In the last two weeks, Hebys.io, an NFT search engine, and BetterTicket, a Web3 NFT ticketing service for events, have both been among the teams to announce their integrations of Chainlink VRF.