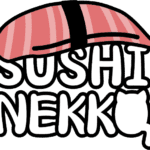 Sushi Nekko are 3,600 unique Nekko Sushi that were released on December 27th. The high quality art gained momentum and eventually sold out within a few hours of launch.  The roadmap includes 50% of the royalties headed into the Nekko DAO Treasury, Game Development, and tokenomics features.  From there the team has a lot of plans including royalties, 3d Sushi Nekko art, Gas refunds and more. Eventually the team will launch a token ($NEKO) for staking and launch a game.

Roylaty passes are special NFTs that will be made available after mint.  These passes grant access to royalties accumulated from the drop. 20$NEKO tokens will be distributed to token holders and 40 $NEKO will be released to royalty passes per day.  Top $NEKO holders will also be shared with top holders.  The goal of $NEKO will be to become the in game currency of a game that they are launching in the near future.

Anna is a French / Russian immersive artist base in La Garde.  As an early adopter of virtual reality, her strong involvement in the community has led her to perform worldwide, in mythic places like the Louvre museum in Paris.