COLLECTION TO BE MINTED ON THE SOLANA BLOCKCHAIN 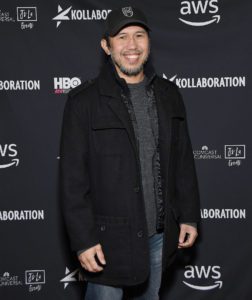 Creature Chronicles: Exiled Aliens, is set in 2051, when space exploration has governments and the elite racing toward the edges of our universe, recklessly seeking the secrets of the stars.  A ship of space tourists has disappeared — ripped past an event horizon and slung through an eternal storm.  The passengers awake aboard an unknown station, suddenly aware of what humanity has always suspected … we were never alone.

Creature Chronicles is a multi-season NFT event. After the release of Exiled Aliens, the community and fan experiences will continue to evolve and grow while the storyline develops and new NFT drops are released during upcoming seasons.  Exiled Aliens community members will enjoy a host of benefits, including limited edition NFTs, master classes with Anthony Francisco and friends, creative competitions with incredible prizes, private events, and future surprises, all leveraging Dolphin’s world-class relationships across the creative community.  Furthermore, holders of Exiled Aliens avatars will receive priority status for the purchase of future seasons of Creature Chronicles.

Each Exiled Alien is priced at $200, which includes both the NFT avatar and inclusion into the ongoing Creature Chronicles community.  Users can purchase Exiled Aliens directly on site, through a simple registration process which establishes a proprietary FTX.US wallet for each user.  The user’s FTX.US wallet allows for payments to be made via credit and debit cards, as well as a wide variety of cryptocurrencies, including Sol, Ether and Bitcoin.  The NFTs will be minted and stored on the Solana blockchain, a leading Proof of Stake blockchain that is recognized as faster, more efficient, lower cost and more environmentally friendly than its Proof of Work competitors, notably Ethereum.

“Bam!  We’re excited to launch our business of building NFT communities with Creature Chronicles: Exiled Aliens, a collection of absolutely breathtaking graphic art from Anthony Francisco,” comments Bill O’Dowd, CEO of Dolphin Entertainment. “No one is a better visual designer in the fantasy genre than Anthony, on our planet or any other, and we’ve complemented his work with a rich, compelling and expansive storyline that draws upon Dolphin’s strong creative roots in Hollywood.  We believe the Exiled Aliens collection is the perfect entry point into what promises to be a fun and rewarding Creature Chronicles community for both the NFT curious and experienced crypto enthusiasts alike.”

Prior to joining Dolphin Entertainment, Francisco served as a Senior Visual Development Artist at Marvel Studios, where he worked for nine years designing some of the world’s most beloved characters and elements for the Marvel Cinematic Universe, from Baby Groot to Loki to the Dora Milaje (female warriors of Black Panther).  His work has been featured in Guardians of the Galaxy Volumes 1, 2 and 3, Captain Marvel, Avengers: Infinity War, Avengers: Endgame, Antman, Antman and the Wasp, Black Panther and Doctor Strange.

Francisco’s designs, concepts and creations are featured in Eternals, currently in theaters, as well as in upcoming films — Black Panther 2, Ant-Man and the Wasp: Quantumania, Thor: Love and Thunder, and Captain Marvel 2.

Giant Swan is a Melbourne based NFT artists and sculptor pushing the medium through Virtual Reality and 3d exploration.  His work has been featured on SuperRareNifty Gateway, and more. With top collections going for hundreds of thousands of dollars online.  His Drops often offer 100%+ returns for collectors and we expect much more from this artist in 2021 and beyond.