Can you share the initial ideas for Infinite Fleet and how this project started? 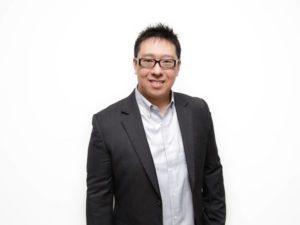 We are anime and mecha enthusiasts, inspired by classic 80s anime movies and TV shows. It is a game that aims to drive the adoption of bitcoin to the ever-expanding video game community.

Samson is a luminary in the Bitcoin space. He gained notoriety at the vanguard of the block size war of 2015. After leaving his position as COO of the then leading Bitcoin exchange, BTCC, Samson became Chief Strategy Officer of the most prominent Bitcoin infrastructure company, Blockstream. Recently, he raised 21 million USD to start his Bitcoin layer 2 R&D company, Jan3, promoting the adoption of Bitcoin across nation-states.

Many people do not know that Samson was a veteran game developer before reaching acclaim in Bitcoin! While working at Relic, he worked on Metacritic’s highest-rated strategy game “Company of Heroes” and the fan-favorite Games Workshop video game, “Warhammer 40,000: Dawn of War.” He then moved to an executive position at the world-renowned AAA studio Ubisoft to publish their most lucrative Facebook game – Smurfs and Co.

Samson started Pixelmatic in 2011 to build social games. His vision is to innovate the strategy gaming genre by expanding it to millions of players in a procedurally generated universe where players cooperate to thrive.

The players’ actions rewrite the entire destiny of Infinite Fleet through the directed narrative – a system of nexus events in which the storylines diverge according to the successes or failures of the community. The players who take part in such pivotal moments have their legacies etched into the lore of Infinite Fleet for future generations of gamers to see.

What makes Infinite Fleet especially exciting to their target market?

Our control and camera mechanics are vastly different from other strategy games. In most strategy games, you will take a birds-eye view of your forces and control them on a 2D plane. In Infinite Fleet, you switch between a traditional tactical view and direct control of your capital ship from a third-person perspective. It gives you that cinematic “Star Wars” feel as you battle across binary stars and black holes with hundreds of fleets blasting each other to oblivion.

Many strategy gamers love expanding their bases and territory! We use a procedurally generated system to build millions of star systems. They have planets, moons, asteroid belts, nebulae, and many other cosmic anomalies the players can explore and conquer. Players can build defense platforms, mining installations, outposts, space stations, and more to defend humanity against the alien Atrox menace.

And, as most of our players are sci-fi enthusiasts, they will be able to configure their fleet to great depth. They will recruit crew members, install weaponry, upgrade systems, and swap out their fleet composition to create the ultimate synergy with their preferred play style.

How is Infinite Fleet implementing cryptocurrency and NFTs into their game?

Infinite Fleet is taking a drastically different approach from what you have seen before!

The promise of play-to-earn games is predicated on digital items becoming more valuable, and that’s the only reason people play them.

They are not fun.

Blockchain games are so focused on investment and the economy that the game is superfluous. Play to earn games will require an investment in their unregulated token to play, not to mention the horrific user experience of navigating various dApps and blockchains.

Infinite Fleet is not a play-to-earn game. But it uses a Bitcoin sidechain to generate its in-game currency, $INF, and our in-game NFT spaceships. We do this for the same reason Bitcoin exists – free trade.

$INF is generated on the Liquid network, and it is earned by players when they participate in the game. That means joining social events such as epic raids and completing complex achievements. You cannot purchase it from us. It can only be earned (for free) by playing. We call this “proof of participation.” It is critical that making $INF is a fun, challenging, and social experience, not a mindless grind.

We also mint our NFT ships on the Liquid network. The NFTs are like keys to your spaceship. The vessel does not sit on the blockchain; It is on our centralized database. The NFT gives you the right to use the ship, and you can trade that wherever you please without our intervention.

You can trade any Liquid assets atomically, meaning that both sides of a transaction must execute simultaneously, or the transaction will fail. So another party cannot steal your goods before fulfilling their end of the transaction.

However, $INF is not an essential part of Infinite Fleet. It’s an additional feature that we think is exceptionally cool. Still, Infinite Fleet is a great MMO game without the $INF tokens or the NFTs.

Many people are excited about Infinite Fleet’s free market approach. Where did this idea and plan come from?

It’s a natural evolution for us as gamers and Bitcoiners. We believe in free trade, and as MMO gamers, we have been well acquainted with digital currencies for decades. In fact, in the early naughties, Samson ran a gold mining operation in Lineage 2!

Atomic swaps allow for trustless trade. So, if I were buying some gold in World of Warcraft, which is against the developer’s terms of service, I’d pay some stranger on eBay, and we’d agree to meet someplace on the game. You arrive there, and maybe it takes a little while for that person to arrive. You’ll feel pretty stressed out! Perhaps you just got scammed!

I don’t need to trust the other party with an atomic swap – and that is revolutionary!

It doesn’t matter if you are on a small forum or Telegram group; you know you will get what you ordered before your NFT ship or other assets leave your wallet. It’s a breakthrough for the trading of in-game items.

There are some big players on this team. Why are so many well-known professionals working together on this exciting project?

No other projects are doing what we’re doing by ethically implementing a portable currency into a game. It’s inspiring to people who share our views.

Jason Lee is the Chief Creative Officer. He was previously the Lead Gameplay Designer on Age of Empires 4, one of the biggest IPs in the strategy genre. He also worked on Company of Heroes, the highest-rated strategy game on Metacritic.

Our Director of Art, Wayne Wong Chong, has 20 years of technical art experience. He’s driving our artwork to AAA standard. In fact, under his direction, Artstation featured many of our concept pieces as “top picks.”

Jordan Guinaud is our VP of engineering. He has been building, leading, and managing teams for a decade. He worked with massive companies such as Coca-Cola, Phillips, and TomTom and scaled engineering organizations through their funding phases.

We also onboarded Vince DiCola, a composer who wrote the soundtrack for the original Transformers 80’s movie and Rocky IV!

You have been raising money via STO, why did you decide to do that and who has been taking part?

The question facing companies that want to raise money in this industry is if they wish to go by the regulated or unregulated path. We chose to take the former.

Security Token Offerings (STOs) are a fantastic way to take a legit path for those serious about making a long-term product.

Infinite Fleet’s public STO is like a mini-IPO and allows all professional and retail investors to access this early-stage opportunity. Traditionally, investing in early-stage businesses is reserved for the “inner circle” of VCs, private equity firms, and Wall Street, never for the general public. With our public STO, everyone will have the opportunity to back the game and become shareholders in the business, no matter what social or income class.

We worked with STOKR to launch our STO in the EU. We raised with over 1000 public investors.

We have also attracted some visionary investors to this project and smashed through our first funding round. When we launched the project on Simon Dixon’s popular investment platform BnktotheFuture, we cleared over 250 thousand dollars in 24 hours – leading to the oversubscription of the round. We’ve raised 7.8 million to date.

Some of our all-star investors include Charlie Lee, the inventor of Litecoin and a massive influencer in the tech and Bitcoin worlds. Max Keiser is a famous broadcaster and host of the Keiser Report. Phil Potter is the co-founder of Tether and ex-CSO of Bitfinex, one of the world’s largest and most trusted crypto exchanges. Tether has also put in 1 million, and Polyient, a gaming VC firm, invested 500k.

You have an exciting STO coming up. Can you share more information about that?

The EXO token represents non-voting equity with profit-sharing from the publisher of Infinite Fleet, Exordium Limited. The token is fully compliant and has an ISIN number in the EU, and is in the process of registering with the SEC (US) via a Reg A+ to allow for public investors.

We are working with Bitifinex, one of the world’s largest exchanges, to be one of the first listings on their new Bitfinex Securities Platform. We are also working on listing the token with INX.

Anyone interested in investing can take a look at the Bitfinex Securities page here.

Other than the upcoming STO, what can users expect to see in the future – near and far?

The beta is coming out on July 28th. And we’re very excited about that. There will be some pretty substantial graphical updates, and we’ll be releasing on a regular 2-month cycle with massive content drops. We’re building Infinite Fleet iteratively, so the game will evolve and grow for years to come. Like other prolific MMOs, we intend for Infinite Fleet to last for decades.

However, Infinite Fleet is by no means the end! We are building a publishing platform to launch games from other developers too. We are looking for developers who share a similar ethos about free markets for in-game items. We intend to develop more games and launch them on the platform in the future.

Hello Kitty and Friends Embark on a Globetrotting NFT Experience, Powered by RECUR and Sanrio   FC BARCELONA LAUNCHES “IN A WAY, IMMORTAL”, THE FIRST ART NFT IN THE CLUB’S HISTORY. NFT WILL BE AUCTIONED AT SOTHEBY’S NEW YORK