Pokémon NFTs are likely closer than you think

As the NFT market continues to skyrocket with the convergence of the traditional art world with corporate companies like the NBA experimenting with Non-fungible tokens, it’s only logical to begin looking at all the opportunities for the future of collectables and how NFTs may make sense.  This is the first in a series of blogs that will dissect the feasibility and likelihood of major enterprises embracing the NFT space. In fact, we recently used Pokemon as a key example of how to explain NFTs to someone that doesnt get it yet.  Spoiler: We gotta catch them all.

Why Pokemon will become NFTs

Pokémon is a Japanese media franchise managed by The Pokémon Company, a company founded by Nintendo, Game Freak, and Creatures. The franchise was created by Satoshi Tajiri in 1995, and is centered on fictional creatures called Pokémon, which humans, known as Pokémon Trainers, catch and train to battle each other for sport.

Pokémon is already one of the most recognized brands in the world. From their origin on the gameboy to collectable card games (CCGs), manga, multiple tv-series, and a live-action / CGI hybrid starring Ryan Reynolds, Pokémon has remained a socioeconomic phenomenon for over a generation, and they aren’t slowing down.

Pokemon has all the elements of a great NFT.  They’re collectable. They have built in rarity. The exist cross-platform. They are already embraced by digital natives comfortable with digital and micro-transactions. 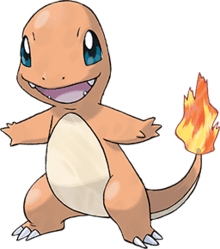 Pokémon TCG has existed since 1996 and as of mid 2020 the game has sold at least 30 billion cards world wide. The series continues to embrace and find ways to reinvent the wheel with nearly 1,000 different types of Pokémon in the official Pokedex.  Pokémon has found a way to be accessible to a myriad of audiences across a number of generations.  From games like Super Smash Bros. to the mobile outdoor exploration game Pokémon GO, fans can interact with Pokémon agnostic of platform or medium in a way that provides joy and happiness.  Imagine if these Pokémon that exist in the digital realm could have a Unique Identifier and exist across platform and medium.  NFTs and the Blockchain are a perfect solution for this challenge.

Nintendo and Pokémon have been trying to figure out how to make digital collectables cross-platform for nearly the entirety of the franchise.  One feature that Pokémon has always been good about maintaining is that you can’t collect all Pokémon from one game per generation.  Some argue that this is pure Capitalism selling the same game with minor differences twice, but the company contests that Pokémon is an inherently social game and by limiting Pokémon access, you have to find trade partners in the real world which adds levels of sociability.  With the release of Pokémon GO and the latest Pokémon games on 3DS and Switch, they’ve turned this vision into a reality. Now collectors can trade, battle, and engage with real-world Trainers based entirely on proximity.  Imagine if those battles, evolutions, and trades could have real-world tangible impact. Once again, a great opportunity for the NFT space.

Built in NFT Rarity (we see you Mewtoo) 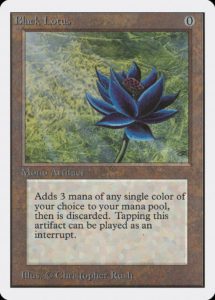 NFTs especially through Nifty Gateway and NBA topshot have taken elements from previously collectable items (Baseball Cards, Pokémon, and Magic: The Gathering in particular). These elements revolve around rarity of items. Sometimes these rarities are obvious (Foil limited edition versions) and sometimes they’re less obvious creating urban legends that exist for Generations (MTG: Black Lotus).  The inherent rarity is being leveraged by artists that may release limited edition packs with certain pieces of art being more rare than the next and the NBA having common, rare, and epic card types with limited availability.  The transparency around this rarity will continue to add value.  Pokémon can further explore these concepts by adding stats building and evolution into the cards based on the blockchain that could change the value of the collectable overtime.  Imagine having a ETH based Charmander (Pokedex #004) and using that token in a variety of media and evolving to a Charzard.  The creativity here has massive potential.

The NBA has already proven that there is a massive market for collectables.  Even if they’re common, knowing how many exist and which one you may own presents wonderful opportunities for collectors.  They’ve already tested common packs with multiple series that allow collectors the ability collect the same player with different moments and even in different seasons.  Pokemon could do this and make it fair to collectors allowing them to collect their favorite pokemon with different levels of rarity that maintain a global market and continue to allow value growth for collectors.

Supply and Demand is still an issue for the Blockchain.  NBA topshot tried to move to $FLOW thinking it would be a panacea and fix the challenges they may have with ethereum.  They’re still suffering massive challenges with delays and cancelled pack releases.  Granted, the demand from the market was and is inconceivable.  Some drops have 200k+ people waiting in line to try and collect a pack.  Even if they due collect a pack, it can take weeks to be delivered.

Ethereum 2.0 promises to fix all of this by increasing the scalability and providing some level of consistency to the insane ETH gas prices that collectors suffer through today.  A massive media engine like Pokemon can’t enter the NFT market until all of this has been streamlined.  The brand would suffer and with companies like Nintendo being inherently risk-adverse, unfortunately Pokemon NFTs do not appear eminent.

They may not be the first, but they will be the biggest NFT market

What makes Pokemon NFTs such a great opportunity is that the medium can co-exist with collectors, flippers, and users simultaneously.  If Nintendo and the Pokemon Company can figure this out, they will be the biggest NFT market in the world and it will be hard to find another entity that could beat them. Imagine a new generation of parents and children collecting and trading NFTs together, knowing that the pieces they’re sharing will exist on the blockchain forever. I’d collect them all.

stu ballinger is an artist from Australia that has seen massive success creating NFT art on KnownOrigin.  Stu is self-described as “passionate about vibran colors, smooth glows, and crazy forms.”  Stu has an eye for combining those vibrant colors with unique light displays that create truly unique pieces of digital art. Additionally,  Stu is an incredible up and coming talent and will likely take the #NFT market by storm in 2021.  We can’t wait to see what else is up Stu’s sleeve.